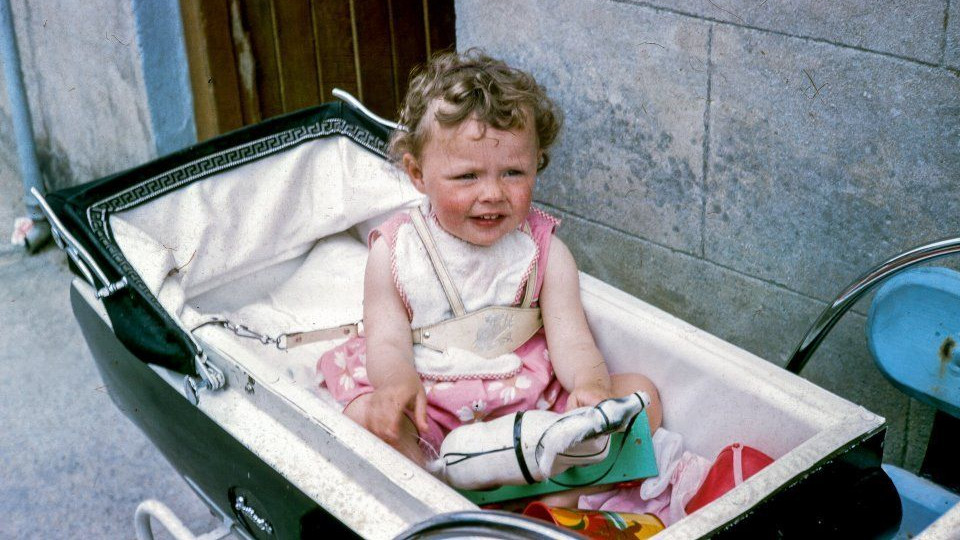 You don't have to be a hovering helicopter parent to shudder at the thought that there was a time in America when mothers routinely parked their sleeping babies in carriages outside department stores as they shopped. But the practice of "baby parking" was extremely common in cities large and small between the 1920s and the late 1960s.

Mothers of that era, who wouldn't dream of "parking" their grandchildren and great-grandchildren today, will tell you they did so with their own kids because times truly were different then — harder, yes, but safer and far more innocent, too.

People knew their neighbors and even strangers could be counted on to do the right thing. So they left their sleeping babies unattended outside stores, butcher shops and hair salons as they went about their day, not merely because it was a convenient and acceptable practice, but because they trusted their communities. Besides, most stores had rules against bringing baby carriages indoors.

Lightweight, foldable strollers were nowhere to be seen in those days. Baby carriages had been the fashion for hundreds of years, and they had evolved as sturdy monstrosities that were built to last.

They also became something of a status symbol. Most featured sturdy laminated wood bassinets that were mounted on heavy metal frames connected to oversized fixed wheels. The more ostentatious of these were decked out in chrome or brass and even sported steel spring suspensions and braking systems.

Given their size and weight, strollers certainly weren't built for use on escalators or elevators. And their limited turning radius meant it wasn't easy to steer them around narrow shop aisles filled with expensive breakables.

As a result, shopkeepers imposed their rules against baby carriages, mostly to avoid having to impose an awkward "you break it you bought it" policy and also because they wanted the full attention of their customers — all the better to make a sale. Mothers either carried their sleeping babies with them as they shopped or parked them outside.

If mothers of that time had any concerns about leaving their infants unattended or semi-attended outside (sometimes moms took turns watching the carriages), then they could always justify the practice by citing the advice of influential pediatrician Benjamin Spock. Among the celebrated doctor's many assertions was that fresh air and time spent sleeping outdoors aided in the development of healthy lungs and better sleeping habits.

His landmark book, Baby and Child Care (1946, but still popular and recently released in its 18th edition), was the What to Expect When You're Expecting of its day, and continued to influence parents for decades to come.

Although baby parking is extremely rare in America these days, and can rightly result in charges of negligence and abuse, moms in Brooklyn may be looking to revive the practice. As recently as 2012, Democrat congressman Dov Hikind spotted enough of these unattended children on a single day — sleeping, as they were, in modern strollers — that he immediately sought the help of local press in advising parents that the practice might result in what he termed "a real tragedy."

For their part, parents in places like Norway, Denmark, Switzerland and Iceland don't seem to be worried at all. Baby parking remains a time-honored tradition and some Icelandic even leave their babies outside in the cold.

In fact, it's so prevalent that locals are frequently amused by unknowing American tourists who enter shops —  red faced and breathless — seeking the parents of these "abandoned" babies. Many of these well-meaning souls go so far as to report the incident to authorities even after parents have claimed their baby and cheerfully explained the nearly 100-year-old "good health" custom.

Icelandic customs notwithstanding, you shouldn't need an expert to tell you it's a bad idea to leave your baby unattended — especially in this day and age.

But there is ample recent research to suggest that pioneers like Holt, Spock and their parallels in Iceland were onto something truthful about the health benefits of the great outdoors for infants. The American Academy of Pediatrics reports that time outdoors increases the intake of Vitamin D, which comes from the absorption of sunlight. Vitamin D is essential for bone growth, hormone regulation, circadian rhythm development and a strong immune system.

And a study published by the American Academy of Optometry and confirmed by Cambridge University found that time spent outdoors can prevent shortsightedness.

So go ahead and park your babies outside on a beautiful day. Just put the shopping on hold and keep a close eye on them.