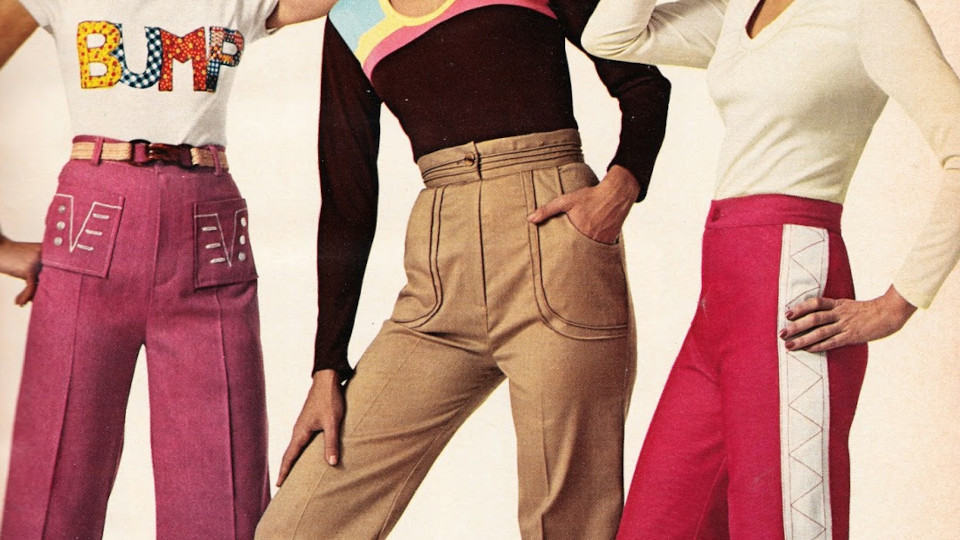 When you're watching an old TV show like I Love Lucy, you might notice something a little strange: Lucy and her husband, Ricky, sleep in separate beds. Literally two different single person beds next to each other with space in between.

This always confused me as a kid, and it wasn't until I got older that I realized that this was pretty much the standard in many TV shows and movies until the '70s. Why? Because it was seen as straight up raunchy to show two people – even married – in the same bed together!

If you think that that's ridiculous, you won't believe what other things were considered scandalous for people to do IRL back in the day. We're still shaking our heads at stupid dress codes that reign today, but can you imagine how rigid they must have been in the '60s? From girls getting sent home from school for wearing pants to black folks rocking 'fros, here are seven styles you'll never believe used to be controversial.

So let's go way back to the late 1910s and 1920s. For the young, modern woman at the time, the corset was on its last leg, garments were less restrictive, and showing a bit of ankle wasn't the end of the world.

But what really threw people for a loop was the trend of women cutting off their hair into short bobs. This transition was stark! If you look at photos of Western women in 1912 or something, you'll find that long hair is the norm; even those who didn't wear their hair down had their long locks pined down under big ol' hats.

But by the roaring 20s, short hair was it. Since long hair was seen as the pinnacle of femininity, short hair was viewed by mainstream, conservative society as a giant eff you to traditional mores. And in a way, uh, it kind of was.

The fact that the short hair wave coincided with "boyish" figures becoming in vogue and the wild flapper scene is no coincidence!

Check out the short story by F. Scott Fitzgerald called "Bernice Bobs Her Hair" if you're fascinated by this era of style.

So jeans were ultimately designed as the uniform of the working man. Hey, denim is a tough material, which is great if you're out working in a field or a factory.

But by the '50s, jeans started making their way into more casual wear. By the time megastars like Marlon Brando (pictured) and James Dean started rockin' 'em on the silver screen, everyone else wanted them, too.

But jeans were still considered sloppy farmer clothes, and many parents and schools outright banned their kids from wearing them. Denim company Levi-Strauss responded to the jeans ban with ad campaigns that insisted that jean were suitable for educational environments.

Can you imagine not being able to wear jeans to school now?

Loads of designers claim to have invented to mini skirt, but its popularity is mostly credited to British designer Mary Quant. And while the mini skirt was quickly accepted in the fashion world, it was initially met with a ton of derision from the public. Christian Dior hated them and Coco Chanel said they were, "just awful."

Model Jean Shrimpton was basically slut-shamed for wearing a mini skirt while attending a horse racing event in Australia in 1965. Why? Because it ended 3.5 inches above the knee and – gasp – she wasn't wearing tights!

Seriously, this was a huge scandal at the time. Now, we wouldn't even do a double take at that sort of thing.

Can you imagine not being able to wear pants to school? Well, that was the reality for loads of girls in the '50s, '60s, and early '70s. Once trousers for ladies became more popular after WWII, it was only natural for this trend to hit younger generations attending school.

Well, a lot of schools had a problem with this. Pants were seen as strictly masculine, and girls daring to wear pants was seen as an act of rebellion. Ridiculous, right?

In the United States, it took the Educational Amendment of 1972 to make those rigid schools change their ways. This amendment clarified that girls were not required to wear dresses to school. The rest is history.

Men growing their hair out

The '60s is one of the most fascinating decades because there were so many cultural shifts. One of them being men's hairstyles – specifically, lettin' that hair get long.

For a lot of young men, this was a bit of an eff you to mainstream, conservative society of their father's crew cut generation, the same one that was upholding racist laws and sending high school graduates off to war.

That said, some dudes also grew out their hair because everyone else was; hell, it was in style!

One can argue that afros are still seen as rebellious, but back in the '60s? That was next level. Prior to that decade, it was common and downright expected for black folks to straighten their hair with hot combs and/or chemical straighteners.

So deciding to forgo thos societal expectations was major. Initially, this move was associated with people associated with the civil rights movement or other groups like the Black Panthers. Of course, critics of those movements then associated afros with radical ideology.

That assumption cooled off just a tad when black celebrities and everyday people started to rock the look, but the afro's history as a massive middle finger to beauty standards lives on.

Admittedly, Bandanas still have a bit of a dark reputation. While red and blue ones have been associated with the Crips and Bloods street gangs respectively, the assumption of criminal ties due to rocking a bandana has gone international. Like, think of how many movies and TV shows about motorcycle gangs feature these innocent lil' pieces of cloth?

So in the '80s, many schools actually banned bandanas all together, just in case. Sucks if you were a boy at that time and a big Karate Kid fan.

Did we forget any good ones? Leave a comment.

1 thought on “<span class="entry-title-primary">7 popular styles you'll never believe used to be controversial</span> <span class="entry-subtitle">We're still shaking our heads at dress codes that reign today, but let's plumb the depths of the last century for offenses to be offended about.</span>”