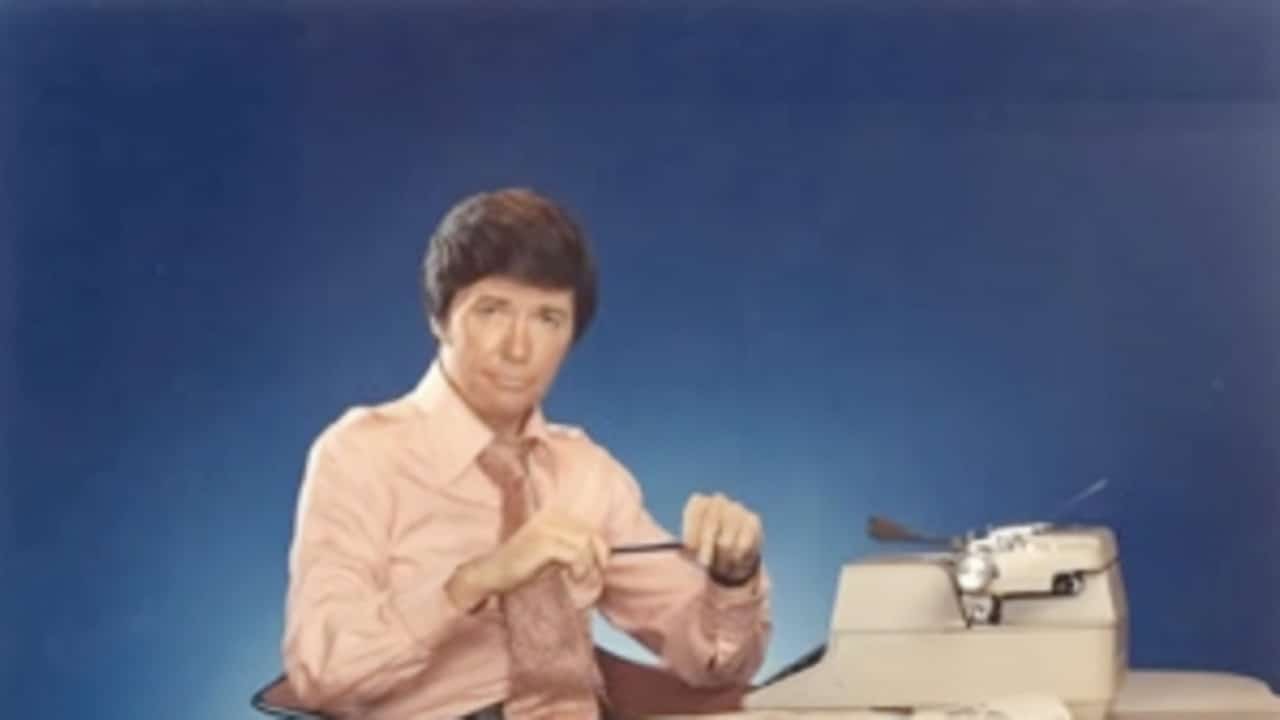 We wondered how far Will Ferrell’s comedy creation lies from the real men of TV news and decided to take a look at some of television’s most infamous real-world broadcasters. Burgundy’s coiffed mane, bright red blazer and on-air fuckups aren’t so far from reality.

Ron Hunter epitomizes the kind of preening, arrogant and theatrical news anchor the 1970s were famous for. One of the first local-news superstars, Hunter was known for his on-air flubs, leisure suits and massive ego. As this quick look at his work shows, Hunter really was the Ron Burgundy of his day, right down to his tagline: “I’m Ron Hunter.”

Because the original Anchorman aired right here on WMAQ-TV, in the late 1970s – or so the story goes. It starred Ron Hunter, the prototypical pompous, blow-dried TV newsman. Hunter, the real-life bridge between Ted Baxter and Ron Burgundy, was so vain he used to hand out laminated business cards identifying himself as “RON HUNTER: ANCHORMAN.”

Hunter came to Chicago from Buffalo, where, according to a colleague, he had “THE biggest ego of any person male or female I’ve ever worked with, and it’s not even close.” His broadcast wasn’t the news, it was “The Ron Hunter Report,” introduced with a cartoon of Hunter chasing a story.

The “action news team” of Anchorman’s KVWN Channel 4 was inspired by the journalistic boys’ club of the late ‘70s. And that style was maybe best personified by Chicago newsmen Kurtis and Jacobson—considered by many to be the ultimate local-news anchors. Their on-the-street reporting—and the TV ads that accompanied it—made the job of anchorman look badass. Their influence on Anchorman cannot be denied: Kurtis even served as the film’s deadpan narrator.

Nothing can keep veteran news anchor Ernie Anastos from smiling—even a pair of now-famous on-air gaffes. The do-anything, say-anything anchor has been a New York staple since the late ’70s. If he screws up, all he has to do is flash that ear-to-ear grin and all seems to be forgiven.

For anchor Bill Jorgensen, the news wasn’t the news until it ended with “I’m Bill Jorgensen, thanking you for your time this time ’till next time.” He was surly and difficult, scuffling with other anchors and forbidding his colleagues from using his teleprompter. But the audience didn’t care. They loved the way Jorgensen could make the most normal headline seem urgent and important. Of course, just like Burgundy, he was eventually forced to share his anchor desk with the unthinkable: a female counterpart.

The on-the-street reporting of the grumbling, bespeckled Dick Oliver definitely calls to mind the careless enthusiasm of Ron Burgundy. Oliver’s going to do it his way or no way at all—as this viral clip from Good Day New York proved. His in-your-face style is unlike any other, making him both a beloved local news figure and the butt of many jokes. (Remember Saturday Night Live’s Herb Welch?)

As one of the head of New York’s Eyewitness News for almost two decades, Grimsby became synonymous with local authority. His ubiquity eventually landed him a cameo in Ghostbusters, and he was rumored to be the inspiration for Chevy Chase’s Weekend Update anchor on Saturday Night Live.

But not everyone was a fan of Grimsby’s dry sense of humor: He was infamous for on-air feuds with fellow reporters like Howard Cosell and Geraldo Rivera. And while Burgundy dreamed of moving from San Diego to the Big Apple, Grimsby tried it the other way around, anchoring Southern California’s KUSI news before retiring in 1990.