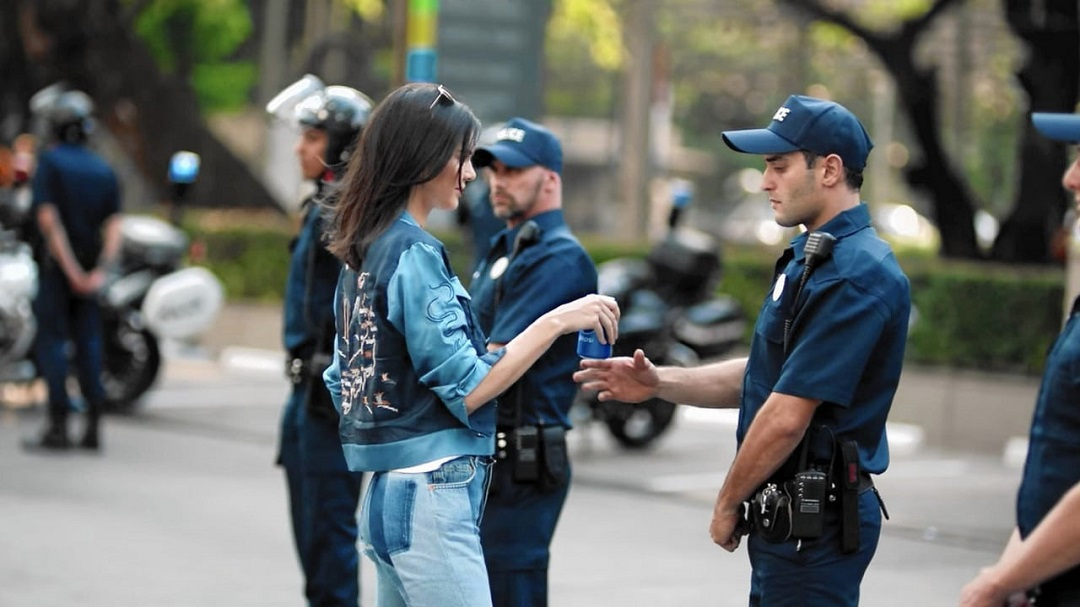 Last week, Pepsi released what is being called the worst ad in history. Feast your senses:

While the “Kendall Jenner changes the world with a soda can and a haircut” stunner is a black eye for the food and beverage company, it's an even worse failure for its “disruption-driven” executive, Brad Jakeman.

Jakeman is the president of PepsiCo’s global beverage group, and an activist within the advertising community, largely known for abandoning the “ad agency model” because it lacks “diversity.” He wants corporations to adapt to changing times by putting social messages above all else -- including self-awareness.

Unfortunately for Jakeman, his idea of disrupting the advertising dynamic has made him look like a privileged industry insider. At best, a so-called “limousine liberal.”

At a 2015 conference on Designing for Disruption, Jakeman made headlines after mocking major ad agencies for sending their male employees to pitch ads on female-friendly products.

“I am sick and tired as a client of sitting in agency meetings with a whole bunch of white straight males talking to me about how we are going to sell our brands that are bought 85% by women,” he told an audience of progressive admakers. “Innovation and disruption does not come from homogeneous groups of people.”

But Jakeman didn’t go out and find a diverse, flexible, disruptive ad agency (he was criticized for it): he established #CreatorsLeague, an in-house creative agency that Pepsi uses for its ground-breaking ads (the hashtag is mandatory). It has a ten- to fifteen-person team; all people who think just like Jakeman, busy figuring out ways to work Meryl Streep into ads, and referencing iconic Millennial movies like Pitch Perfect, in open-air offices full of hipsters and rap artists.

The Tweet was ultimately removed, much like the ad, after advertising experts predicted that Kendall Jenner was the harbinger of the end of ad work.

Ad agencies, however, weren’t surprised that Pepsi’s ad had been produced by an in-house firm. According to Matt Britton, the CEO of agency CrowdTap, the reason the outside agency works so well — by contrast — is because it can provide a check on weird ideas that filter up through the company.

An outside agency may have provided not only dissenting opinions but the capability to test the ad concept with a wider network of consumers, says Matt Britton, CEO of Crowdtap, a marketing technology firm.

Companies are increasingly turning to their in-house ad departments because they can often turn around campaigns more quickly and at lower cost.

“All brands are under pressure to cut costs, and agencies are often in the cross hairs,” Britton said. But a company's employees may be more reluctant to offer criticism, potentially leading to a controversial ad like Pepsi's getting the green light. "There are so many stakeholders in large organizations,” Britton said. “It’s about consensus-building and making everybody happy.”

With its own reputation to manage (and its future with its clients), agencies are more likely to head off bad content with dissenting views.

Another expert, Shalini Shankar, a professor at Northwestern, appeared to criticize Pepsi for having only left-leaning creatives on its staff. “If you’ve only got people who are from certain demographics imagining what normal looks like, this is what you potentially could end up with. Diversify the people in the process, and include people who are willing to provide dissenting views.”

The problem isn’t just with Pepsi. Activist ad execs have caused trouble for plenty of brands, many just this year. Audi released an ad likening the purchase of its cars to solving the “gender wage gap,” that caused a major backlash among consumers.

And then there’s AirBnB which triggered a bi-partisan boycott after it aired a spot thanking itself for its diversity, entitled “#WeAccept.” It turns out not only were conservatives offended at what seemed like a direct attack on their position against illegal immigration, but progressives were quick to point out AirBnB doesn’t actually accept everyone.