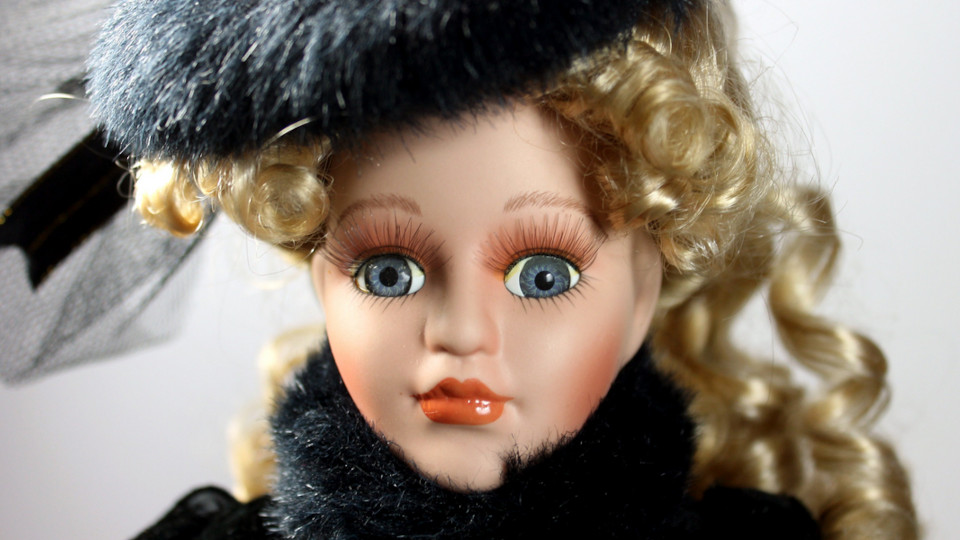 Do you roll your eyes at doll commercials proclaiming girl power?

Like this ad from GoldieBlox. It reportedly intends to challenge female stereotypes and empower girls to aspire for more than just the images of physical beauty we all see in the media. Despite the ad eventually unveiling the company's new doll, which does carry a hammer and builds things, it is also predictably slender with flowing blonde hair.

Much can be, and is, said on the subject. But I'm interested in something far more important right now, and that is what our daughters' dolls say about us – the moms who for whatever reason bought the little humanoid figures that definitely don't come alive in the night.

So here's what your daughter's doll says about you. Bring out your bingo card and let's roll.

You're vicariously reliving your childhood.

Your kid wanted American Girl dolls, but you're not freakin' rich.

You shop on eBay.

You shop in gumball machines.

You find repeatedly brushing gigantic tangles out of long hair to be soothing.

You were hoping that acting out the movie would make your kids stop watching the movie for five minutes.

Dollhouse dolls (and the dollhouse, and dollhouse furniture)

You've given up on having space for your own stuff until they leave for college.

You're grooming your child to take care of a younger sibling someday.

You still watch Little House On the Prairie.

You love Barbies, but feel they don't quite wear enough makeup.

You're staying out of the whole Barbie thing.

1 thought on “<span class="entry-title-primary">What your daughter's dolls say about you</span> <span class="entry-subtitle">Horoscope but with the doll brands you've bought for the little one. This is very scientific.</span>”