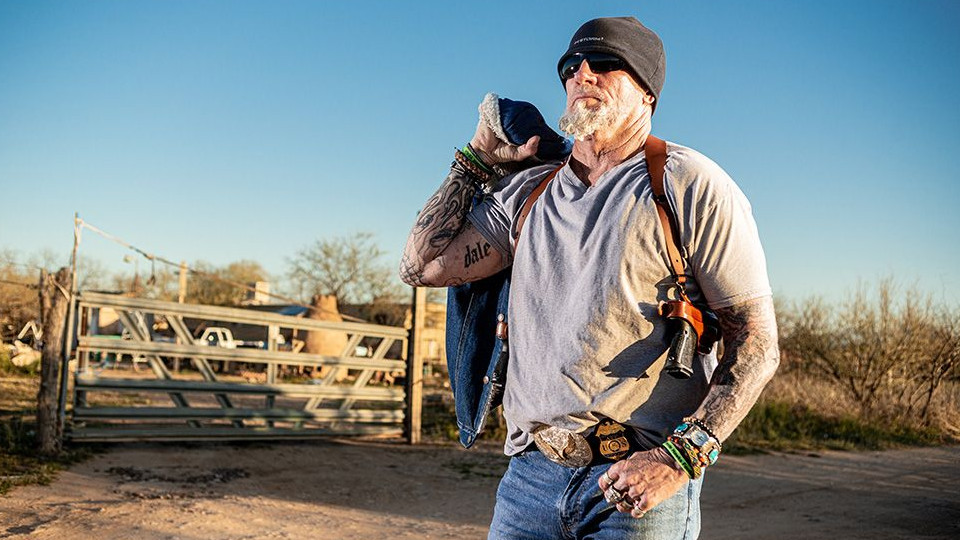 In order to better understand what it's like to actually work undercover, we asked Jay Dobyns, the ATF agent who successfully infiltrated the Hells Angels (and wrote No Angel: My Harrowing Undercover Journey to the Inner Circle of the Hells Angels about the experience), and Jack Garcia (who wrote Making Jack Falcone: An Undercover FBI Agent Takes Down a Mafia Family), who very nearly became a made man with the Gambino crime family, to help separate myth from reality and tell us what it's really like.

There are various styles for creating a cover identity, but neither Dobyns nor Garcia suggests treating it like you're rolling up a D&D character.

"Some guys are pure method actors," Dobyns says. "But I was never able to do that. I've always been a what-you-see-is-what-you-get sort of guy. I'd talk to the suspects in the case the same way I'd talk to anybody."

Garcia concurs, for the most part: "I didn't do any outlandish background creation," he says, though entering the Mafia ranks, where most members grew up in the same neighborhood and have long family ties, required some specific details to be in place. "I was supposed to be a guy who just came in from Miami, so I found a cemetery that had a husband and wife with the same last name I was using, in case I was in Florida and the subjects in the case wanted to test me by going to visit their graves."

So, while it's important to have a few details in place to add veracity to your story, keeping your personality in place is equally key.

"I never was very good at switching back and forth," Dobyns adds. "Even playing the hardass, I still had a smile on my face. I was operating in a very brutal, violent world, but I'd just be who I was. I'm kind of a goof and I never tried to tone that down. It made me very real. There are guys who that annoyed – they viewed me as being immature – but if I tried to play a straight-up, hard-guy hitman, that'd just wear on people. Staying very true to who I am made me more believable. I don't need to show up in a black trench coat and black gloves with a frickin' assassination kit in a briefcase."

How to get in

Garcia, who's described as the best undercover agent in FBI history, explains: Either you have a cold hit, where you go in on your own, or you get an introduction through an informant.

When going the latter route, the way the informant is perceived is going to deeply impact the way the undercover agent is perceived. To that end, Garcia says that the first step is to figure out who the informant is and why he's flipped: "You have to find out why this person's joined Team America. What's that all about? If he's a good, well-regarded informant, then you don't need much to get in."

When infiltrating the Gambino crime family, Garcia says, "I knew the mob would do their homework," hence all of the family details. And, with the help of Miami-based informants who could hook him up with references, he was able to bring "Jack Falcone" into the family.

For Dobyns, the key to getting in was keeping his character straight. "I had a persona that was all-encompassing. I could take this character and put him in the middle of traditional Crips and Bloods gangbangers or into high-level, high-money kingpin types and make that person play across the board. I let the imaginations of the suspects take me there."

There are a few tough challenges once you're in a deep-cover situation, Dobyns and Garcia both noted. It can be hard not to become friends with some of the suspects in a case, and there are times when people in the group you're in with expect you to do something that's illegal, immoral or unethical. Dealing with these challenges is one of the more interesting parts of undercover work.

"It's human nature, when you go into a group, to find that there are people you like and have compassion for," Dobyns says. "And I don't think there's a way to act your way through being human."

So, how do you bust the same people you've grown to like?

"I'm not allowed the discretion to make street decisions on who's accountable for their crimes," Dobyns explains. "If I have two people in front of me, and Person One is someone I like, and Person Two is a nasty person I don't care for, I don't have the ability to say, 'I'm not going to hold Person One accountable, but Person Two, I don't like you. You're going to prison."

Can you break the law?

"I took an oath," explains Garcia. "We're in the business of preventing crime, not creating crime. In the event that I had to whack somebody, I was going to feign a heart attack, and that'd give me enough time to make a phone call and get these guys arrested, or at least get the guy out. We don't have any business crossing the line. Ultimately, this is just an investigative technique to put bad guys in jail."

Dobyns, who concurs with Garcia's assessment, also points out another reason not to break the law in the course of an investigation: "One of the most common defenses in court is 'outrageous government conduct.' The defense attorney will argue, 'My guy might be bad, but this government agent was worse than my guy. Why is my guy on trial and this guy's allowed to act like this?'"

Talking to Dobyns and Garcia, one thing becomes clear: TV and movies may offer a slightly exaggerated view of the life of an undercover agent, but the reality of the situation is anything but boring.

16 thoughts on “<span class="entry-title-primary">From the mafia to Hells Angels: what it takes to go undercover</span> <span class="entry-subtitle">TV and movies may offer a slightly exaggerated view of the life of an undercover agent, but the reality of the situation is anything but boring.</span>”