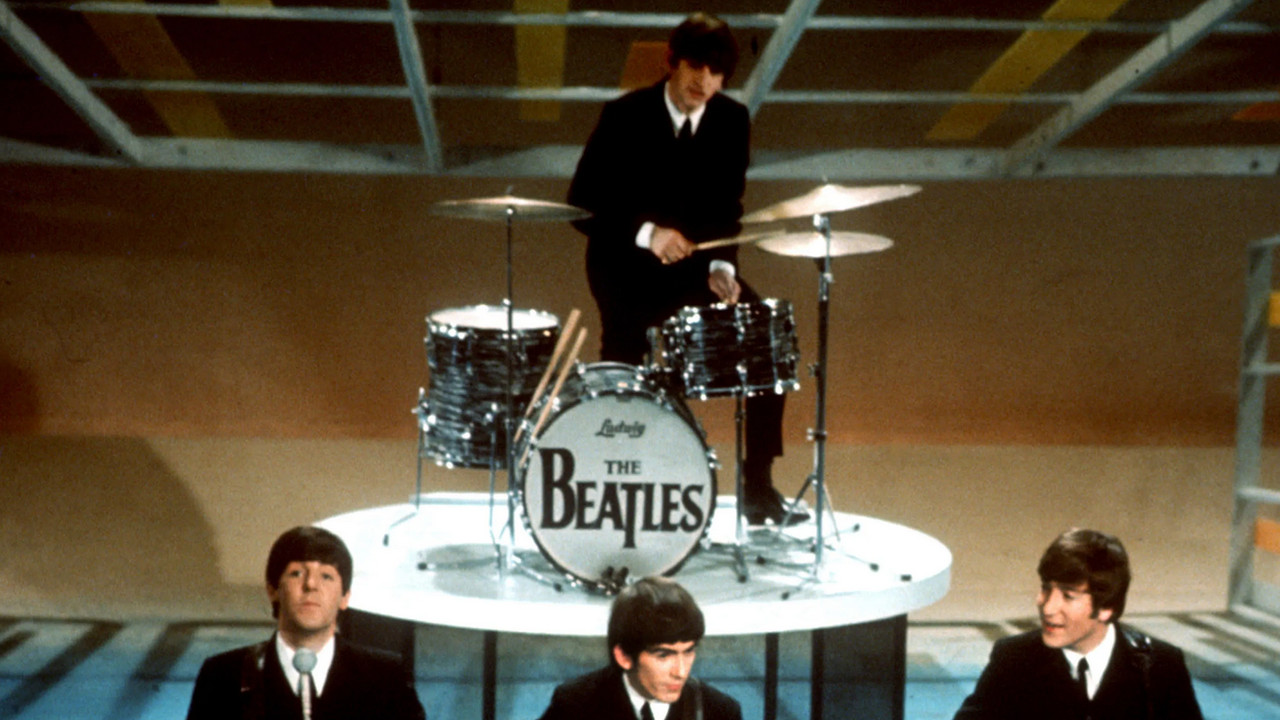 Revisiting your past can be risky, damaging even. Dangerous to your mental health, as any shrink will attest. But the other evening I threw caution to the wind and journeyed back half a century. I wallowed in exhilarating nostalgia, enjoying every nanosecond of my sentimental trip back to a less complicated world.

In the Summer of 1964 as a callow young America-based foreign correspondent for the London Daily Express, I jumped on a jet to San Francisco and was introduced to four lads from Liverpool who were about to embark on their first ever American tour.

Yes. I’m talking about John, Paul, George and Ringo, — The Beatles — also callow fellows, who made magnificent music and were about to begin their assault on North America that changed the face of music forever.

My assignment back then was to travel with them every step of the way and also be George Harrison’s ghost writer. George was a fine musician but required guidance when it came to penning a newspaper column.

So for the next five weeks and 25 concerts, I found myself on the inside with a front row seat watching them change rock ‘n’ roll: I ate with them, drank with them, flew with them in their private jet. I played games of Monopoly with John in his suite at 3am. I listened patiently when they complained about being prisoners in their hotel rooms.

They were in limo number one, I in limo two as we sped from airport to hotel to concert venue flanked by siren-wailing motorcycle escorts. We felt like visiting royalty. During that time I became a close member of the Beatle family.

The good news is you too can take that memorable trip thanks to director Ron Howard, who offers us a wonderful selection of many of the Beatles greatest hits along with a unique ticket to ride and see what it was like. After almost four years of research, he has delivered a rock gem, Eight Days A Week: The Touring Years, out later this month and also on Hulu.

Daily, for weeks, I saw Beatlemania spread from coast to coast. At every concert, teenagers screamed non-stop from start to finish. It was so deafening that sitting in the front row — cotton wool stuffed in my ears — I couldn’t tell the difference between “I Wanna Hold Your Hand” and “A Hard Day’s Night.” (And neither could the Beatles, because Ringo told me he often lost his way during concerts and had to lip read to catch up and see what song his compatriots were actually singing.)

At a special preview of Howard’s film, I saw that he has accumulated an astonishing compilation of film footage from Apple archives and from assorted fans who bombarded the filmmakers with never-before-seen ancient 8 mm film they had personally shot at concerts.

“An old lady in San Francisco (she was, of course, a teen at the time) called us to say she was sitting in the ninth row and took movie footage of their very last Candlestick Park concert in 1966,” producer Nigel Sinclair told me. “And that the dusty film lay untouched in a locked box under her bed.”

They struck gold, and I got to see a raucous replay of the scenes I had personally witnessed half a century earlier. The screamers, cops battling in vain to control berserk, out of control teenagers — Howard’s film captures it all so vividly.

Scenes I will never forget are replayed, such as the time my pal Derek Taylor, the Beatles press director, jumped on stage in Cleveland after nervous cops stopped the concert in mid-music and ordered the Beatles to go to their dressing rooms because fans were rushing the stage. The curtain came down, but then up jumped the shirt-sleeved Derek, who coolly and calmly urged the out-of-control girls to stay in their seats, “otherwise the Beatles show will end.” It worked.

Or those press conferences they had in every city where those cheeky lads faced the media and put on an unscripted comedy show.

But does the world really need another documentary about the Fab Four? Don’t we all know the story — from Liverpool cellar to world’s most famous rock icons? “Not all millennials know the story” declared producer Sinclair. "In this film we also try to show the how and why this happened."

Indeed Ron Howard and his team, who confine their vivid Beatle insider look to the years 1963-1966, have come up with footage we have never seen before.

One of the most stunning scenes: thousands upon thousands of fans in a Liverpool football/soccer stadium swaying as they sing She Loves Me. Worth the price of admittance alone.

There are countless other priceless scenes. We discover why the Beatles said “no more touring.” “We’re fed up,” John told me at the end of the first tour. “I feel like we’re a bloody freak show—the flying circus. No one comes to listen to our music—they just want to see us.”

Watching the movie we are the fly on the wall as the Beatles yammer endlessly while making music in the famous Abbey Road studios. Another key, little-known scene—and I remember it well—confirms that the Beatles were conscious of the racial battles going on in America in the early Sixties. They even had it written into their contracts that they would refuse to play in segregated venues.

While the Beatles all agreed that they didn’t want to perform to segregated audiences it was really just John who had a strong social consciousness at that time. He got very upset when he saw the front page pictures of police using attack dogs to repel civil rights advocates in the deep South.

John was always the most politically acute of the Beatles. He asked manager Brian Epstein in Dallas if he could visit the grassy knoll where Kennedy was shot the previous year, but Brian didn’t want it to distract from the Beatles concert in Texas and told him, “We don’t have time.”

John rather fancied Bob Dylan’s then-girlfriend Joan Baez and they hit it off because both were violently opposed to the Vietnam War. The Beatles loved Dylan and it was he who introduced them to the delights of pot smoking. Dylan showed up at their hotel in New York with an ample supply of top quality marijuana. The Beatles holed up in their suite while Dylan passed a fat joint around the room. The only problem was that Ringo didn’t know the protocol for pot smoking. He smoked the whole cigarette himself, and when the smoke cleared I saw Ringo on his face on the floor giggling uproariously.

The boys were never impressed with “stars.” They visited Burt Lancaster’s house and reluctantly met Shirley Temple and Liberace, but the only other “star” they yearned to meet was Elvis. John told me that as a kid in Liverpool he grew up listening to Heartbreak Hotel and Blue Suede Shoes. “He blew me away,” said John.

Finally, in the Summer of 1965 I trotted along with the Beatles to meet Elvis in his Bel Air house. It wasn’t a smash hit to start with. The Beatles and Elvis were strangely awkward at first. After half an hour with virtually no interaction between the legends of rock, Elvis jumped up and said “I’m goin’ to bed—didn’t you guys come here to jam?”

That was the signal. They all leapt to their feet, guitars were plugged in and one of the most unique jam sessions in rock history unfolded before my very eyes. Alas, cameras and tape recorders were banned—so this incredible, impromptu concert has never been seen by anyone except those present.

The Howard film comes with an extra bonus: a companion 30-minute film of the Beatles 1965 Shea Stadium performance in New York in front of a crowd of 55,000. The movie also got the blessings of the Beatles, George’s widow, Olivia, and Yoko Ono. And that means we see lots of today scenes of Paul and Ringo reminiscing as our exclusive, VIP tour guides of history.

Thanks to wonderful archival footage John and George speak from the grave about how they felt about those crazy days. Brian Epstein the manager who plucked them from obscurity, out of the steamy Cavern Club in Liverpool, gets his deserved moment in the sun.

I left the theater moved and impressed by what I had seen. And I must admit I was also a bit bowled over when the credits rolled and the producers admitted they had received a little bit of help from their friends—including Ivor Davis.